You can NOT prepare for the phone call I got 5 years ago this afternoon. It was a Tuesday. I was supposed to be tending my friends kids (they were relaxing in Hawaii and I was going to watch their kids for a day). And then I got 3 of the hardest phone calls of my life.

CANCER - and not just cancer but leukemia. I thought that if Kenyon had leukemia it meant he only had months to live. I had no idea what the treatment options were or what could happen. 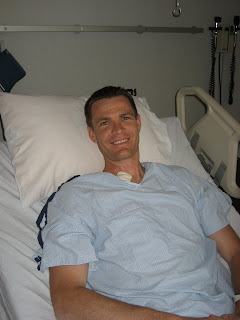 But here we are 5 years out and I think we are doing pretty good. Finally. But what a road.

Just for posterity sake and since I didn't blog in the spring of 2007....I will tell a little more of the story. If you are bored - move on.  I'll never know.

In the fall of 2006, Kenyon first started to notice that he was really tired. But he had just finished his MBA, he was in the bishopric in our ward and we had 3 little kids. Of course he was tired. By December he had a lump or knot in his side and he had a nagging cough. Not a terrible cough but it bugged. His brother (an internal medicine doc) suggested that it could be acid reflux and to take an over the counter med. It seemed to work a little bit to help the cough but the knot was getting bigger. On April 28th at a wedding for a nephew he asked his brother to look at his side. I was in a REALLY bad mood that day (not the fault of the bride and groom - the wedding was amazing) and anxious to get the kids home so as I was leaving and his brother pulled me aside and said "I really want to look at him in my office. You make sure he comes up to see me (in Logan)." I had a sense right then that this was serious but no idea it was cancer serious.

So 3 days later on a Tuesday morning he decided to go up and I decided not to go with him because I didn't want to believe it would be that big a deal. And I was tending kids. :)

A few hours later...his brother called me and said that I needed to meet him and Kenyon at St. Marks hospital. All that he would tell me is that there was something wrong with the blood work and he wanted the docs at St. Marks to check him out. A little later I got the WORST call from Kenyon and he said that ugly Leukemia word. They already knew that is what it was but we didn't know what kind or what stage.

Initially it looked like he would take an expensive oral medication for the rest of his life and that would keep the leukemia under control. Four years ago next week we learned that he was too advanced to continue taking that med and that he needed a bone marrow transplant. (But by then I was already pregnant with Quinn and that was a little miracle itself). 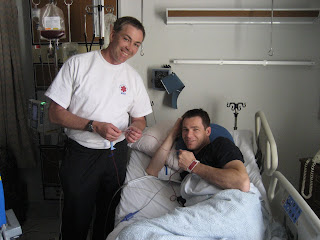 Here is the post from that day. You will notice in that post that I thought we were looking a hard year and then it would be over. Oops. Little did we know it would be 4 years +. 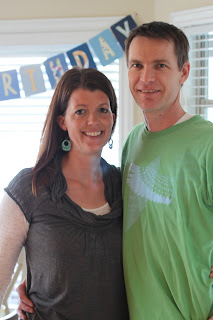 And as some dear friends of ours prepare to be admitted to the hospital for their son's transplant, I am so grateful that I know the Lord answers prayers and will help and strengthen them just as He has done for us. They have already been fighting for a long, long time. And this is an amazing medical miracle - it is a crappy process but it can work. And will for Jake.

PS - You can always go to marrow.org and sign-up to be a donor. You could save a life. For real. Because we are so grateful for all of his siblings being so willing but especially to his brother, Brett - who literally saved his life.
Posted by Unknown at 4:26 PM 8 comments:

2 Boys on a Great Day

Aren't these some of the cutest girls ever? They were good sports with all the attention on the boys.

Gavin was baptized and Teague received the Aaronic Priesthood on Saturday, March 24th.

We love Great-Grandma Metcalf. She is such a loving grandma and a good sport to make it out to these important events. We love having her be with us.

The boys and their grandpas.

Isn't this the most hideous picture of me? Don't answer. There are probably worse but really? Everyone in my family is so cute and then I had to ruin the picture. But I am sure grateful for their efforts to come and support us.

And I am grateful for all the other friends and family who came. I am so lame and didn't get my camera out to take pictures of Gavin and Teague with all the great people who came. But we appreciate it. :)

Email ThisBlogThis!Share to TwitterShare to FacebookShare to Pinterest
Labels: remember

The Easter bunny hides our baskets. Quinn discovered hers behind some pillows. When she found her basket she kept saying, "Oh my goodness. Oh my goodness." So much excitement.

Are Easter Sunday pictures a joke for everyone? Hello cooler in the picture? Squinting Eyes? Late for church? A total rush (except not true for my niece-in-law who seems to have the best Sunday pictures).

But Easter dinner was a success. I think. I tried this new salmon recipe that I found on Pinterest. Winner.
And of course we had our traditional bunny rolls.

And PS - we are doing no sugar (meaning - cookies, candy, soda, anything classified as treats/desserts) this month. Everyone was willingly on board. Such a great challenge. We got Easter* off and we sure enjoyed the treats but none of us ate nearly as much as we thought we would. Gavin was still trying to get a few last bites of a peep in before bedtime but couldn't stand another bite. I was most sad this morning when I couldn't have a leftover bunny roll.

Tonight for dessert - pineapple. And we were all totally happy. It can be done.

Elise as Wendy in Peter Pan

Elise's 4th grade class recently put on a little production of Peter Pan. They worked so hard and Elise was so excited to be Wendy (a part she fits PERFECTLY). But I didn't realize it was a big deal and didn't know about the costume until 2 nights before. Quick call to Kenyon's super talented seamstress mom and within hours - a perfect Wendy costume at my door. THANK YOU!

My sister came to town with her kids. I wish she would move here. And I wish I were better at taking pictures. I was so busy that I never got my camera out to document the fun cousin time. Except one.

But there was lots of fun. All the girls sleeping on the floor. Endless Barbies. Lots of jumping on the trampoline. Bedtime stories with Grandma or Grandpa (the are amazing story tellers and the kids live for it). And my favorite was having this adorable little toddler wander around my house. I really wanted to keep her for another week or forever. Plus we ate yummy food. Had fun outings (go see City Creek and the Utah Natural History Museum). And I loved having some extra hands around and late night chats with an Izze.

But they had to leave. It really would be better if they could move down the street.

And seriously, maybe we should move out to a ranch somewhere. These boys should be cowboys for real.
Posted by Unknown at 9:27 PM No comments:

Did any of you have sticker collections when you were younger? It probably dates me. This was the thing to do when I was in 3rd/4th grade. And it was a big deal.

I would save my money and go to Ostroms (a little drug store in Kenmore, WA) and I would buy Mrs. Grossman's and Toots stickers. It was such a big deal.

I would keep the stickers in one of those old photo albums that had sticky pages and you would pull back the plastic cover. Nice.

Well, I was cleaning out my storage rooms and found the collection.

This Can't Be Happening

Can my firstborn really turn 12? I am really not ready for this. But it has happened. He is thrilled. And I am proud of him. He is a great kid. I have loved looking through pictures of him over the past 12 years. Sadly we didn't have a digital camera from the beginning so the pictures of the little squish are limited. He was a chunkly little baby when we lived in London. I got a lot of attention caring or pushing him around England. I think it took a lot of self-control for complete strangers to not squish his cheeks. One lady on the train to Edinburgh said, "Ah is this a wee lad or a wee lassy?" "Ah a wee laddy."

This is a big year. We have been studying and preparing for him to receive the Aaronic Priesthood. It is a big deal and it requires a testimony of Jesus Christ and a worthiness to serve the Lord. He faithfully reads his scriptures every day and he really tries hard to always choose the right. I am kind of dying that he starts going to Young Men's and Jr. High. Yikes. 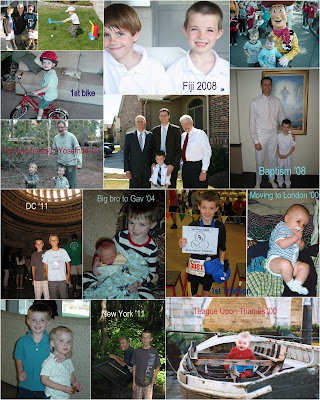 Things we LOVE about W. Teague Porter
1. Happy - Don't you love his dimple?
2. He loves his cousins (and the rest of the family but if he could pick - I think the cousins would win every time)
3. Elise said she loves that he is so competitive - it makes him good at what he does.
4. He loves my cooking. He is pretty excited about most things I make. Today I made him breakfast casserole. May have been his favorite part of the day.
5. He loves his friends and his a good friend - loyal and patient. He gets so excited for his friends and things they are doing.
6. Great student. He could work on his penmanship but he definitely got Kenyon's brain. He can remember everything.
7. He is great at the piano. He doesn't always love it but he has a natural ability and I love it when he plays. Especially because he doesn't need my help anymore. Hallelujah!
8. Teague is turning into quite the little babysitter. I am so grateful that I can trust him. He is especially good with Quinn.
9. He loves to read. He is reading so many books, so fast that we can't keep up with him. Such a great habit.
10. He is sensitive. Sometimes too much :) but really it is sweet to see him be so thoughtful and concerned about those around him.
11. He is a good athlete. I am so excited that he is figuring out his talents. He is really love the 3 tri sports and it is so fun to watch.
12. We love that he is our oldest. He is setting such a good example for the family to follow.
Posted by Unknown at 3:16 PM 5 comments: